The Master debate - how long will it last?

It seems those Good Beer & Country Boys have got all those Joe the Plumber big 4 beer drinkers commenting on the new Asahi beer, The Master.

Well, I noticed that it had been advertised for release this week, so I tried to pick one up, to take with me to the Oktoberfest in Hibiya, last night.
Couldn't bloody find one.

What I could find, though were these bad boys: 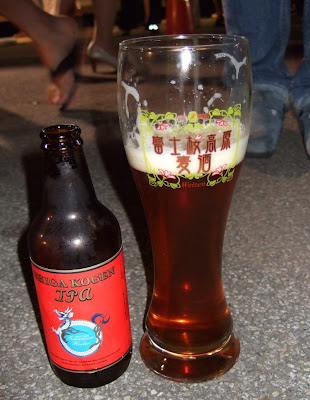 Shiga Kogen IPA. Lovely. Had 2 of them. 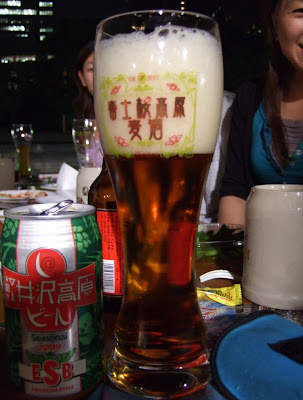 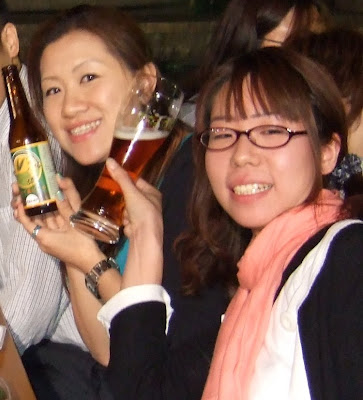 Iwate Kura pale ale. Nice example of this style. Kindly opened and displayed by my asistants. 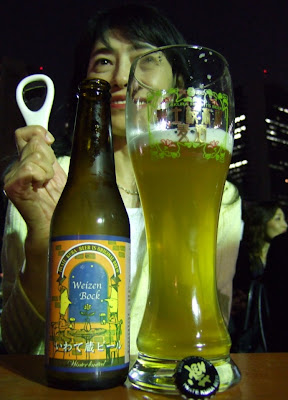 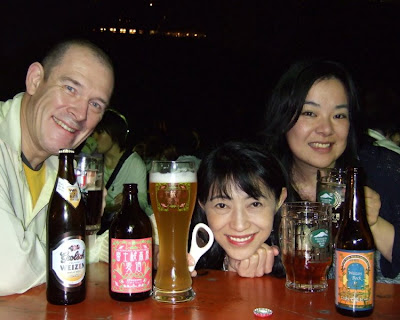 Fujisakura weissen. I also earlier had the rauch, which was very good. 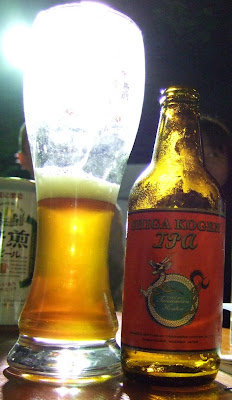 Shiga Kogen IPA. Told you I had 2.
I think by this time other people were drinking my booze, as the Oktoberfest beer had stopped. Bastards. 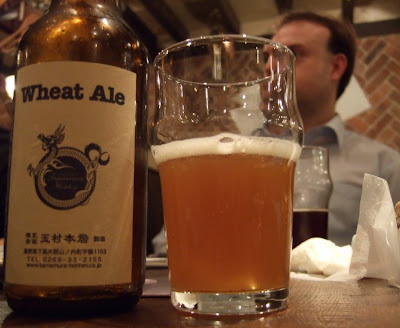 Shiga Kogen wheat ale. I must have opened this in Bulldog - very cheecky of me! Lovely beer. Fruity and light and smooth. Nice summer ale.

So the evening wasn't a total loss.

So what happened to the Master?

Well, funny thing was that when I opened the fridge this morning, there it was - a can of The Master, sitting there, staring me in the face.

Weird. How did it get there? Who put it there? How did they know?
Weird.
It was also weird, finding a chicken curry in my beer fridge upstairs, later on.

I think someone must have been drunk shopping, late last night.
You can never trust your own subconcious. 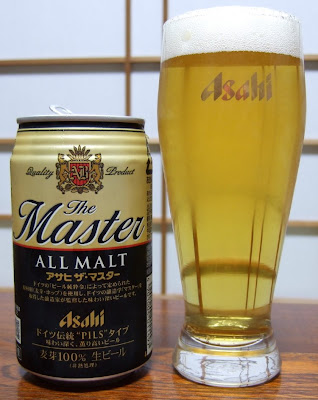 After all that, it was nothing special, really.
Dryer and a little hoppier than the malts, I thought.
But left a slight astringent aftertaste (was that due to the alpha acids?) and the hint of bad acohiol flavor. It's listed as 5.5%. Tasted like it.
It didn't taste that bad but neither did it taste that good.
5-5.5/10.

Interesting.
Make it hoppier and a tad drier and take away the nasty aftertaste and you'd have a completely different beer - but then would the big 4 ever do that?
Let's hope so.
I'll keep on trying their new beers, in the vain effort that one day I'll find one that I can drink, over and over again without getting bored of it.

A lot of people talk up the Suntory The Premium Malts.
Hmmm... It is ok at times but all the time?
That's another debate.

As for this, I think I can say that for me, the Master Debate has finished and I need to go to sleep.
Good night.