I found out about this place, thanks to my good friends Tim Maloney and his encyclopaedic wife, Emi, 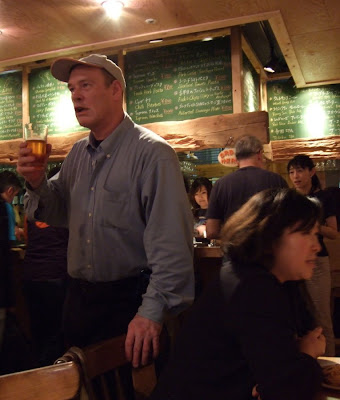 I heard about a new craft beer bar in Kawasaki, up near the Tamagawa at Noborito.

Tim and I decided to check it out.

As you can see, it's not far from Noborito station.

This place has only been open 2 weeks.
It's situated on a small side street, just off the main road from the bridge crossing the Tamagawa river. 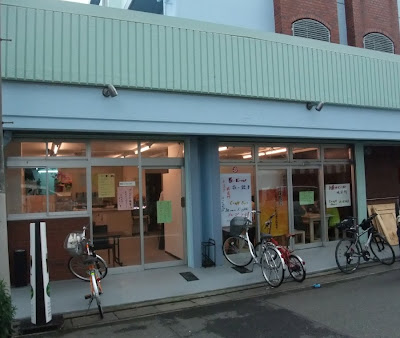 As you can see, it doesn't look that special. Almost like a warehouse of sorts, or a shop. No. Not THAT local.

Once inside, you can see there is seating for around 30 or so. The guy in charge is standing to the right. Yamanaka san. 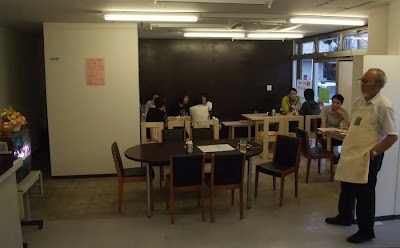 He is a very nice gentleman who also teaches (advises) home brewing and sells home brewing kits, which is quite interesting.
There is a rumour that this place may be connected to the recently closed down Tama beer, but I'm not sure about that (I think that may not be true)
The place has 4 beers on tap. They have 6 taps but only 4 are being used at the moment (update- the beers change every few weeks so keep chekcing the website for updates). 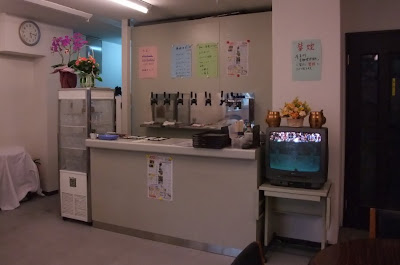 The beers are:
The quality basically matches the order I listed them, with the pale lager being perhaps the best of the bunch.

Here is the pale lager: 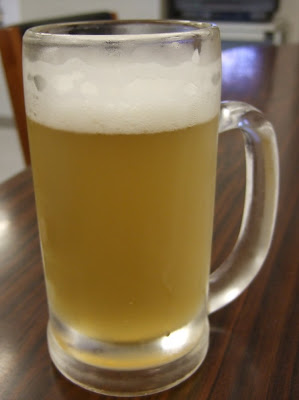 It's very, very light and refreshing. so easy to drink. I had two of these babies (hey- they are ust 250yen each!). Probably barely 3.5% alcohol. This makes a nice refreshing summer drink. However, if you are looking for something more, don't expect it from this little darling.
5/10.
Next up is the lager: 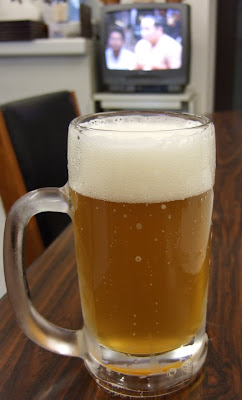 A bit more body to this one but somehow lacks flavor or balance. It tastes a bit strange - perhaps too young? Not enough body or mouthfeel here. Nothing special about this at all.
4/10

Next was the strong ale: 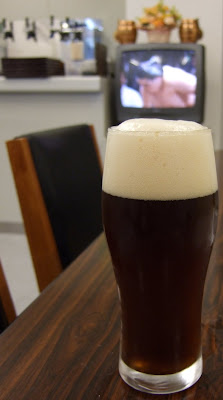 'strong' being an unusual name, seeing as it was barely 5% alcohol. Again, this just tastes too young. It's not right. Tim said he thought he could tastes the syrup, as if he were sampling a hoembrew beer that wasn't yet ready for bottling yet. I think perhaps this is still too young. Not so nice and I was starting to taste the water, it was that thin bodied.
3.5/10

The last of the selection was the porter: 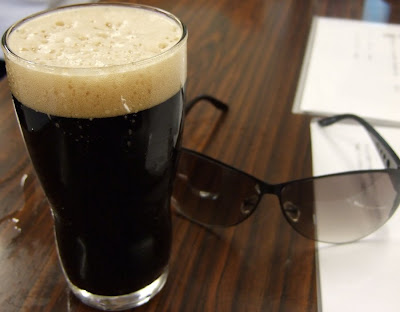 I thought thios was the worst of the lot. Tasted nasty. Very, very bitter and way, way too young. Something just wasn't right here. A bit like the fruit beers or light lagers at Tama no Megumi. Their pale ale and shwarz are great brews but somehow the light beers clash with either the yeast strain or the water they are using - it's weird. This beer seems to be the opposite. As the beers got darker, the strange funky water feeling got stronger. Weird.
For me, this wasn't easy to finish.
I don't really want another one, even at 250yen a glass!
2.5/10.
I'm just hoping that it gets better, with time.
They also have light dishes, such as pickles (200yen), 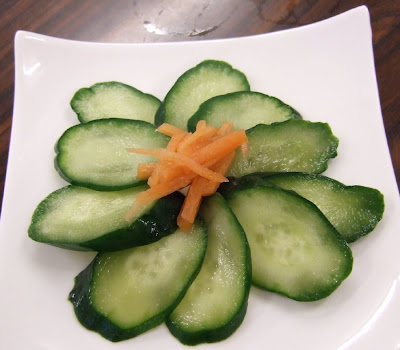 Spare ribs, chicken, Chinese dumplings, gyouza, etc.
The people who work here are really nice and kind and are happy to talk with you. Yamanaka san also speaks quite good English and imports all his materials from the UK.
The lady behind the counter is friendly enough and if you ask her nicely before hand, she will try to pour you a beer with a normal head,as opposed to 40% foam which you may get otherwise.

An interesting thing they do here is that they allow you to fill a 2l pet bottle with beer for only 800yen! That's a pretty good deal, if you like this beer. 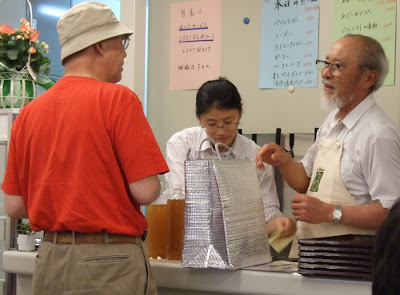 Personally, I'd think about a bottle of their refreshing pale lager and taking it down to the river and just chilling in the sun, watching the world go by.
This guy has 2 bottles of the lager.

As you may have noticed, all these beers are going for just 250yen a glass (the pale lager and lager being jokki sizes).
That's incredibly cheap, especially for a craft beer.
- update. Since then the cheapest price is 300yen for a glass, with some beers going for 800yen (Barely wine/Belgian strong ale)

A friend thinks they can't possibly make money at these prices.
I'm wondering if these beers are not the result of a home brew class?
Perhaps the older guy is teaching home brewing or 'advising' and the results are sold in this place?
It would be a really interesting idea.
Very hit and miss with the quality of beers produced, though.
- update. the beers are getting better.

Still, I may look into this a bit more, next time I'm up that way and see if it would be possible for yours truly to pump out a batch of something special... ...uh, hang on. That sounded nasty.

Craft Beer Moonlight: 4.5-5/10
Not really close to anything but the Tamagawa river. Still, it's a nice friendly place but not really what I'd call a bar or a pub. More like a local shop with a few taps of homebrew (no offence to the excellent homebrewers out there but that's what it tastes like).
Still, I like the easy going, family style atmosphere at this lace and I'll come back, next time I'm passing through. But it's probably not worth a special trip.
- update. Since I found they were selling homebrewing suplies, this place has become much more interesting!

I'm hoping they will improve and bring out some more styles of beers.