This place has to be the British pub in Shibuya. In terms of selection of beer offered (various brews from various brewers), atmosphere (compared to the ever scarce old style traditional pubs back home) and the fact that it's on the third floor and has no windows.
Hang on, that last bit wasn't right.

I mean, it was right about the lack of windows. One strange thing about this place but not something you really care too much about, once you 'start your engines' and drink.

To get to the place, you have to walk about 5 minutes from Shibuya Station. Go across the Hachiko and take the pedestrianised side street that carries on up past the left side of Starbucks and the giant Tv screen. Walk about 250m and you'll see a Union Jack flying about 4m up, on your right. Go into that building and go to the 3rd floor.

If you have trouble, you may want to check out this guy's choppy video directions form Shibuya station:

First thing you'll notice is the interesting double door entrance that seems to invoke an alternative state of reality. Rather, it takes you into another dimension, transporting you through time and space to a dark but not smoky British pub: 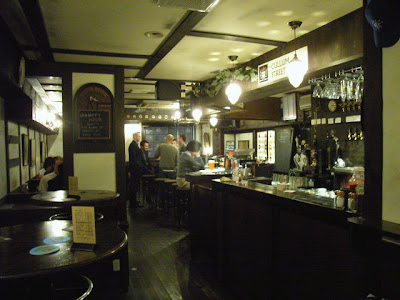 There is standing room and seated/benched tables for around 50 or possible more.
On the left is the well equipped bar. The kitchen is just before that (Chuck Norris does a pretty good pasty). The bar is the high point for me, as I love good beer. They have 19 beers on draught. Quite impressive. The quality of their beers is also usually very good. I've had my best pint of Rogue Brewer and Echigo ESB in this bar. Prices are around the 1,000yen mark. They usualy have three or four guest beers every week. They range from Japanese craft brews to world beers that are hard to find elsewhere. Keep checking their website for details.

Here's the owner and one of the beautiful (and intelligent) ladies who work there and bring a little sunshine into the dark and gloomy world of men: 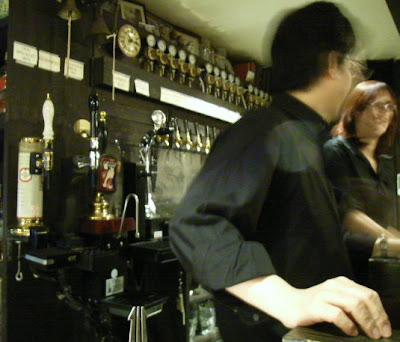 2 more shots of the taps: 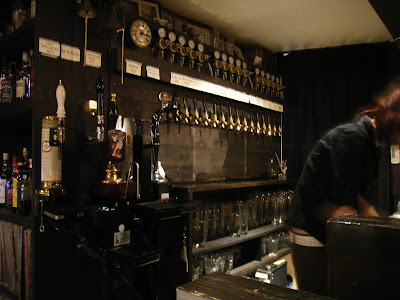 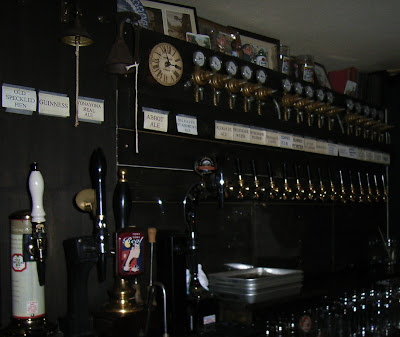 They also have an impressive colection of music, playable upon request (as long as you request what they are going to play...or not. I tried to get the theme tune to Indiana Jones, but they didn't have it.)

The food is not bad. I think the pasty is best. Though I haven't tried the pork lever putty (?) or the Welsh rabbit yet (those rabbits are pretty fast, back home in Wales): 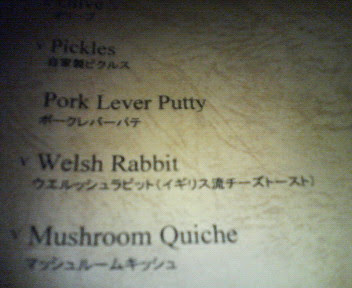 If you do decide to order food, perhaps you should print out this coupon first:
ALDGATE COUPON
It'll save you 300yen.

As for the beer, the best beer on offer at present is, I feel, the Echigo ESB: 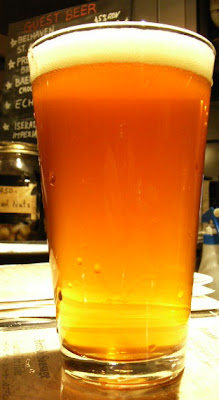 Echigo ESB - 7.5/10
Isn't she beautiful? A little dry, fruity taste reminiscent of american West coast brews but still has enough malts to be a smooth drink. Quite a well balanced pint, I think.
This is one of the guest beers, which means unfortunately that it will be gone in a week or two.
However, I'm confident one if it's replacements will more than suffice to satiate.

Of the house beers, I recommend the Harly Porter. 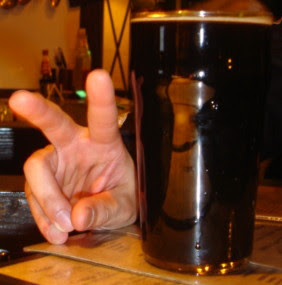 Very nice. Malty, rasted malt flavors and not too dry or strong. A little smooth. Not as creamy as a Guinness. One can find Guinness anywhere, so this beer is the more interesting choice. They don't offer a tasting set (which I think would be a good idea) but if you're really lucky, you may be able to coax a tiny sample out of the manager - ooer. 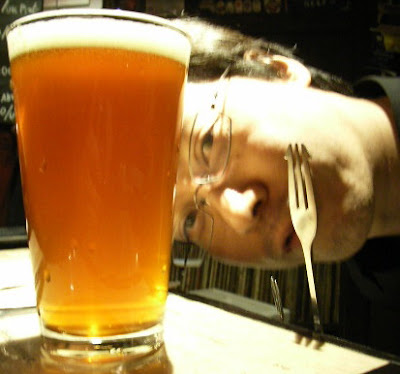 Just be gentle with the fork. 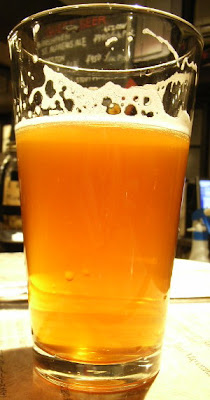 I liked the Echigo ESB so much that I only drank that, the last two times I went there.
Here's a shot of a Kostrizer (the 'German Guinness'?), gently roasting it's nuts by the fire: 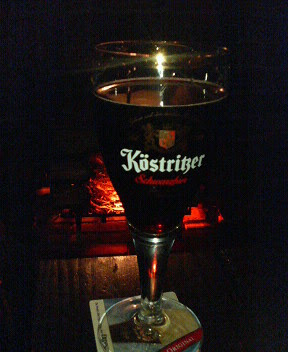 Of the British bars I've been to in Japan, only the Meguro Lion seems to be more authentic in apeearance and ambience to what I love about pubs back home. The nearby Hobgoblin and Dubliners pubs are also 'authentic'(ish) but in a more modern style. Sadly, this style seems to be taking over these days - loud, bright, lager swillers hangouts.
As for The Aldgate, I think myself lucky that the way of the ale can still survive in places like this.

Why not pay it a visit? You never know what may happen there. 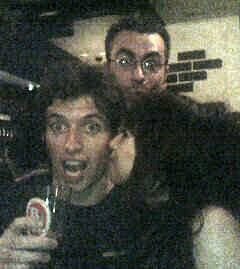 p.s. just to prove it's not so easy to find this place, here's a clip of when I walked straight past it (I've done that sooooo many times) whilst drunk (done that many times, too). Caution - contains swearing and one drunken idiot: