Been drinking a bit too much, too often lately.
Time to give it a rest for a bit. 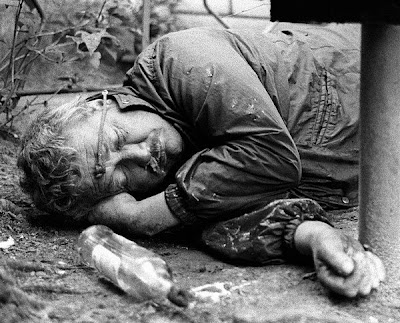 See you in a month.
An experiment is going underway in Moscow where 6 volunteers will be confined within a space station like environment for a month - just to see if they'll kill each other.
Guaranteed to either get you sober or kill you, or both.
Can you make prison hooch, using only urine, hopes and dreams?

Actually I've been off the booze now for a grand total of, so far...

Woh!
I'm going for the record.

Last night I ate myself silly with Dede's fantastic Israeli food. 5 plate fulls of the stuff. Also had a bottle of Goldstar and a pint of Fujjisakura sakurabock and a Weltenberger barock helles, then finished off with a pint of Crossover. Man, that stuff was hard to knock down.
Hopped thru the ass, it was. Thru the ass.

Bets are on. How long do you think I'll last?