I knew the old Chuwy curse would striek sooner or later. Well, the 6 minute train ride from Devilcraft in Kanda to The Royal Scotsman in Iidabashi turned into 30mins plus, as I got on the wrong damn train. Should have realised things weren't as they should be when I noticed the lady sleeping opposite.
I was on the Goldilocks limited express..

Bugger. I luckily realised soon enoughand got off at Shinjuku then made my way back to
The Royal Scotsman.

No, not the train.

Here are a few pics of the outside: 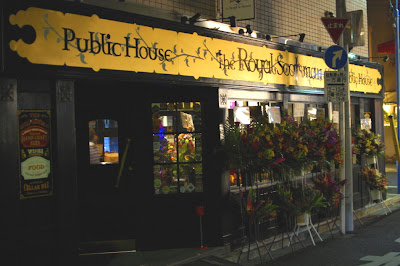 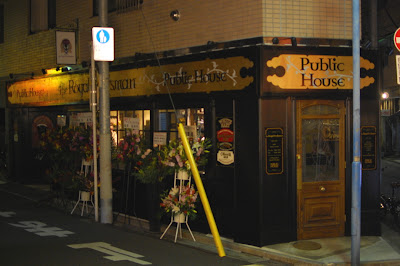 As you probably guess, this is themed after a Scottish style pub. Minus the locals, of course.

The main dude responsible for this place is Tomo,  the infamous Japanese green mohican bagpipe player and his wife Anji, along with Yuji Shimada: 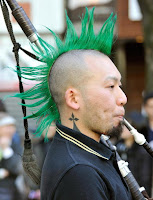 You might have seen him play in one of Aoki san's Beer Festivals or in the St Patrick's parade in Tokyo. He said he always wanted to open a bar with Brewdog beer and now he & Yuji have done it.

My good friend Yuji let me know they were opening soon and invited me to come on by. I'm glad I did., I brought my drinking centurion friend, Tim Maloney with me. Turns out this might just be the best bar of the evening. Proof you don't need 70 beers (or even 40!) on tap to have a good bar. Far from it, that's possibly too many beers (what? Am I INSANE?). Here,they had just the 4 taps and that was it.
Well, four craft taps plus Kirin heartland.
Okay, more like 4 craft taps, plus Kirin heartland, plus 4 whiskies on cask.
Sounds better, yes?

They'll be stocking Brewdog beers and last night they had Punk IPA on tap. Not bad. They also had Preston pale ale which was in decent form, not as sweet as usual.
They plan to alternate the other two taps with various (I assume Japanese craft) beers.

Here's my friend Yuji Shimada at work behind the really nice bar: 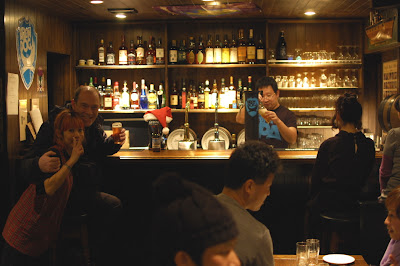 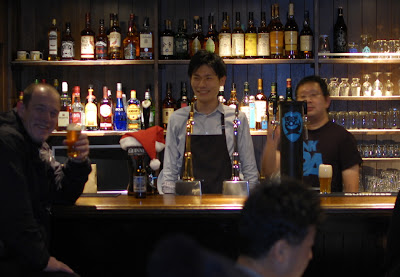 The place will probably hold about 30 and it nicely laid out in wood and a nice long green leather bench running the far side of the bar plus various tables both seating and standing. The main highlight for me is the bar  it's lovely. really adds a homely local British pub feel to it and I'm sure sitting there in the evening, relaxing with a wee dram will be a nice experience, especially in this cold weather.

Here are a few pics of the inside: 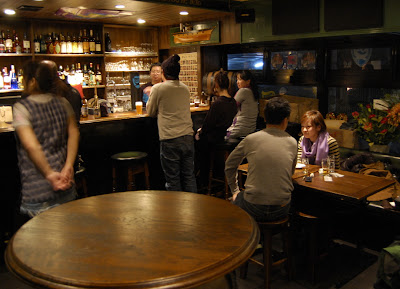 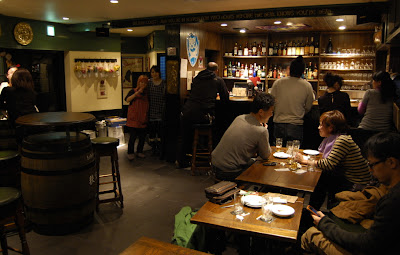 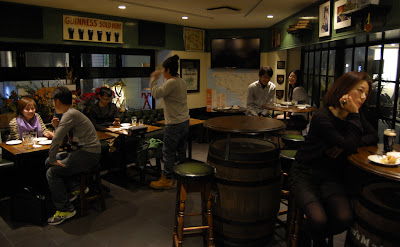 Beer wise, I tried the Punk IPA and it was not bad at all. I'm not Brewdog's biggest fan. They are capable of making some great beers but at the same time, they can make some absolutely shite beers. However, when they make good beers, they are really good.  I'm also no big fan of their marketing style. 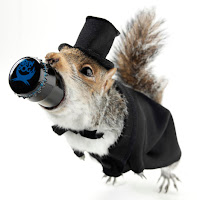 All hype and hot air, mostly.
Well, here is the Punk IPA: 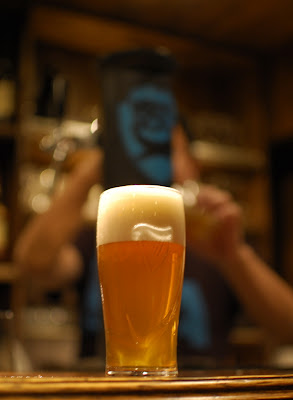 Not bad. I'd say a UK styled IPA but perhaps fashioned with American IPAs in mind. more hops than usual UK IPAs but maltier and earthier than most American IPAs. Kind of a hybrid.
Definitely suits the bar feel, this beer.
Well chosen.

This bar is not just about the beer, though.
I give you exhibit A:
I decided to try all of them (of course). 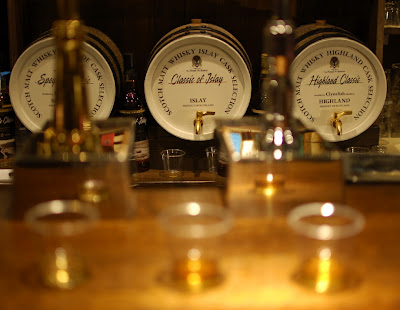 How were they?
Well, I'd say the Islay was my favourite. 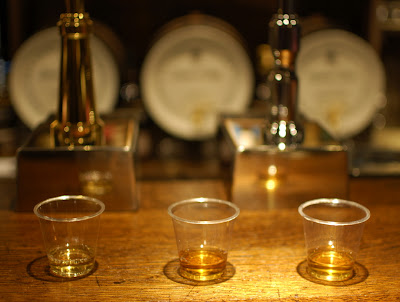 They also had another cask of whisky, set up to the right side of the bar. Sadly, we arrived more or less as they were closing and there was no time to drink more. Sob...

Never mind, I'll be back.

There was not enough time to review the place fully. No time for food and the pub is not offically open yet. It opens on Monday. Usual hours are Tues to Sunday, closed Mondays. Short walk from Iidabashi station.

View The Royal Scotsman in a larger map

I recommend this place. Nice, friendly, good staff. I assume the food menu will be good too.

After this, I hit The Aldgate in Shibuya for more booze.
It never ends!!!! 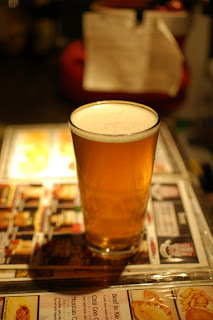