Do not underestimate the power of the dark side

When most people think of beer, I suppose many think of light lagers.

Pale, almost transparent at times, mass produced examples of a truly ground breaking brew, first produced in1842, in the Czech town of Plzen by a Bavarian brewer. Well, that was relatively recent, by beer history terms. What most people don't realise is that before that pivotal moment, all beers were more or less dark beers. Europe has a long history of dark beers.
The most famous dark style in Europe is probably the German black or Schwarz beer.
In the UK, everyone  knows and loves pale ales, bitters, IPAs. These also are relatively new styles. Before the advent of coke, pale ale malt wasn't really possible. Most beers were made using variations of brown or dark or more heavily roasted malt. Also those malts were often roasted or kilned over fires and hence picked up smoky flavours from the fires. So in the olden days, people were often drinking dark, smoky, often acidic or even infected (no one knew much about sanitation back then) ales.
Everyone knows about the style known as stout. We all know Guinness.
Irish beer. Yes?
Well, the style of stout (sweet stout, oatmeal stout, imperial stout, oyster stout, Irish or dry stout, chocolate stout, coffee stout) is actually from the name 'stout porter' and  porter came from the UK or more specifically London, way back around the 18th century. Brown porter, robust porter, stout porter, baltic porter, etc.
The UK has a long history of dark beers.

Tonight, I'm going to sample three examples of the dark side of beer styles.
A German Schwarz bier, A British porter and a stout.

What all these beers have in common is not just their absorbant properties of most wavelengths of the visible light spectrum (their apparent darkness), but rather they all are brewed in Japan.

Some think Japanese beer is all lager. 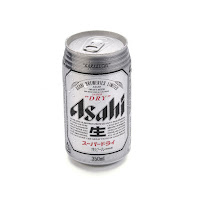 In Japan, we have the big four breweries which control way over 90% of the market. Sapporo, Kirin, Suntory and Asahi.

Although Asahi makes an excellent 8% stout, Suntory make a pretty good black Suntory malts and Sapporo make a reasonable Munich Schwarz in the Yebisu black, if you are looking for decent dark ales or lagers, you have to look at the craft beer market.

Craft beer in Japan is coming on leaps and bounds. Craft beer bars especially are opening up at fantastic rates, almost one per week at times. New breweries are coming into existence. Not as many breweries as bars, though, as it is much easier to acquire a bar license than it is a brewery licence, but changes are coming none-the-less.

I recently was fortunate enough to be a judge in a national beer tasting event held at the legend that is Craft Beer Bar Popeyes.  6 tables of up to 6 judges each, blind tasted many styles of Japanese craft beer and selected just one supreme champion from among them.
After the event, I was able to procure a few bottles of Japanese craft beer that wasn't consumed during the judging or the excellent after party.
I tried to choose the best of what was available. From among the 10 bottles I brought home (insert smiling emoticon here), 3 were of the dark variety.

Next, I'll attempt to sample then (I really mean drink the  buggers!) all and try my best to provide some tasting notes on each one.
I selected a schwarz, a porter and a stout. I feel a good representation of the dark styles of beer.

Ok, without further ado, I shall introduce tonight's brews: 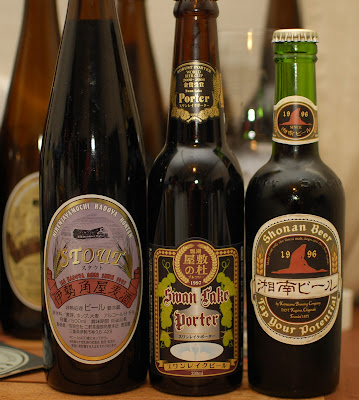 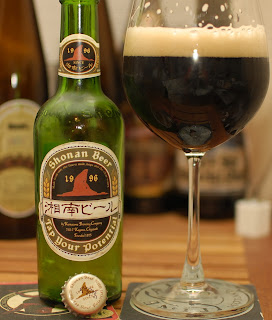 Pours with a nice velvety light brown head.
Colour is a deep, dark brown, gentle black with ruby highlights when held up to the light. Good clarity.
Nice legs down the glass, when swirled.
Nice toasty, roast, malts, chocolate, caramelised sugar in the nose.
Flavor: Smooth, toasted dark malts with chocolate and a hint of liquorice. Light to medium bodied, smooth and delicate.Bitter chocolate finish with a hint of coffee. 5% alcohol.
Very nice.
One of the best Schwarz in Japan.
Also check out Harvestmoon, Bayernmesiter and Baeren, among others for fine examples of this style.


Next up was Swan Lake porter: 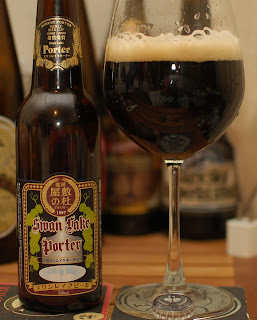 Pours a dark black, with an off white, tan head. Thin but lasting head.
Aromas of liquroice, chocolate, figs, alcohol. 6% alcohol.
Flavour: Alcohol, roast malts, deep, dark chocolate. Medium bodied, creamy mouth-feel and toasty, coffee, dark caramel, liquorice, plum flavours coming into play. A slight bitter after taste, like bitter chocolate.
In my opinion, best drank in a UK pint glass for just 950yen at The Aldgate British pub in Shibuya.
You could also get it at the official Swan Lake Pub Edo for 1,000yen  a pint (plus cover charge).
One of best porters in Japan.
Also check out Baird Kurofune robsut porter, Isekadoya imperial smoked porter, Shiga kogen porter and the newly established Brimmer porter for some other very good examples.


Final beer for tonight is the Isekadoya stout: 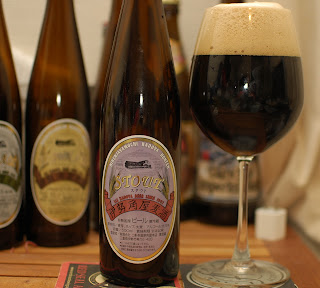 
Well, all three are excellent beers and fine examples of their style.
I hope you get the chance to try these beers and appreciate them.
Please, don't just stick to light lagers.
Do not underestimate the power and flavour of 'the dark side'.