The Home for Hopheads.

What happens to all those beer experts who try one too many hoppy beers?

They end up in the Home for Hop Heads.
This place is a haven of sanctuary for all and any hop heads who have just burnt themselves out on hops. Believe me, it happens. Far more than people would like to admit.
These once proud men who drank by the UK pint, of anything that was brewed in this wide, wide world, no matter what the IBU was - they drank it.
And now they are paying the ultimate price.
They have become drooling, incoherent hop heads.

You may have noticed the apparent absence of the legends among foreign beer experts such as Mr.Scarrel, Mr.Choggins or Mr.Hambers (names altered to protect their identities)?
Well, perhaps they all succumbed to the hop or ended up at the Home for Hop Heads and that was were they spent their last hoppy moments in this wonderful world. Drooling after hops.

The latest batch of residents can bear witness to the awesome power of the hop.
Kids, pay attention: too much of the hop and this is what you will become.
I was granted rare permission to visit the reclusive Home for the Hopheads.
I was searched at the entrance for hidden hops and had to swear that I hadn't drank any hoppy brews for at least 48 hours previously (apparently, then can smell it).
Security was high. for good reason.
The last resident to 'escape' left the premises, disguised as a sailor and was last seen on the train to Yokosuka. Since then they have beefed up security precautions.

I am told it can take up to 6 months to rehabilitate hop heads back into the normal world of the pale ales and brown porters. Some never come back.

Here, in the Home for Hop Heads, I managed to get a brief glimpse of a few of these once great men, as they paraded about like drooling vegetables.
They are expertly cared for by the professionally trained Home for Hop Heads staff.

Just take a look at this poor bugger: 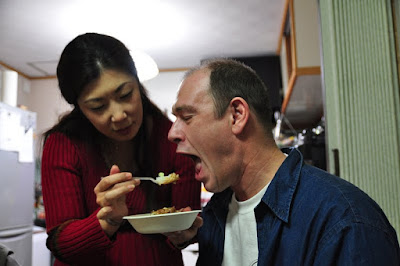 He used to be a veritable encyclopaedia of information on almost any brewery or brewer in Japan. Now look at him.
I'm afraid it was just a case of one too many hoppy pints and now he doesn't even know who he is any more.
He had to be weened off the hops over a period of several months. Here he is, being spoon fed by the wonderfully patient staff.
It almost pains me to think about how such a well informed man could recduce himself to being spoon fed liquid soup, just to survive.

I joined a few of the recovering hopheads during their tea time break. I tried to interview this fellow but it was like talking to a raving lunatic. 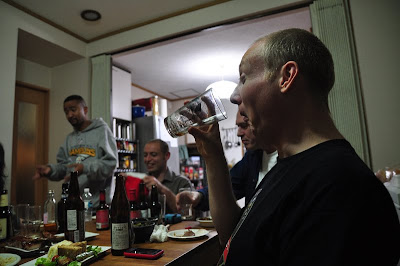 I couldn't make out anything he was saying. He kept muttering things like "Ay kannae ge nae aibeeeyeeeews!" and "gizza wee dram o aipeeeeyaaaay, yer sazzzarnakel yeh!", "och, ah miss maaaah chinook, so ah doooooo!". Total gibberish. The staff later informed me that this one was well into the advanced stages of Hopheadism.

The experts here try to use normal life routines and procedures to jaunt their memories and hopefully bring them back out of Hop Headism and into the real world once more.
Here the staff are trying to have a Christmas party: 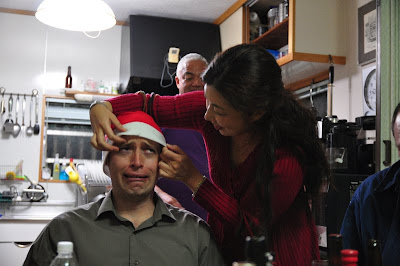 I don't think the poor Hophead above even knows what his name is (he kept muttering "I'm Chuwy..no, I'm Chris..no, It's Chuwy...or...Chris?..."), let alone that it is Christmas.
He looks too far gone. Better for everyones sakes if they just take him out the back and shoot him.

They have had some limited success in the 'outings for Hop Heads' programme.
This sponsored program takes hop heads that are deeemed low security risks on little day trips, so stimulating their mental systems and hopefully snapping them out of their hop like trances.
Here little Jimmy HopHead (for the sake of anonymity) is still beaming, after returning from a day trip to Disneyland: 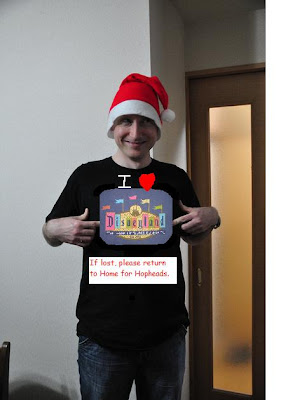 Update: Unfortunately, staff later discovered his ear-to-ear smile was due to the bottle of Harvestmoon IPA he had somehow smuggled out of Mickey Mouse's Magical Kingdom.
So there you have it, a never before seen glimpse into the limbo that is life after hops.
Once you hop, you can't stop.

Kids, be careful how you handle those hops.
Don't become a hop head.
It'll be the ruination of you. 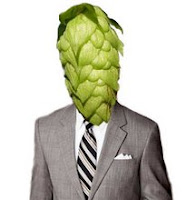