Well, I don't know about the ass slapping.
The night is young, after all...

Here's a drunken video I took of some ass slapping at Yokohama Oktoberfest 2006:

Apologies for the commentary.
I was tempted to go out to the Hibiya Oktoberfest again, for the 4th time in 5 days, but I resisted the urge.
Perhaps I should have gone, as the weather now forecasts rain for the remainder of the Oktoberfest, until Sunday.
Scheisse! 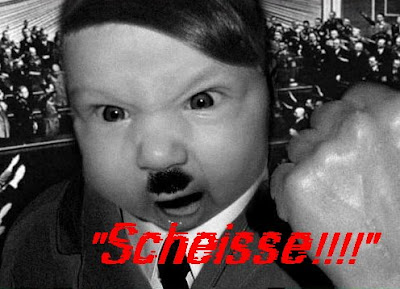 The beer was the Aecht Schlenkerla Rauchbier Marzen: 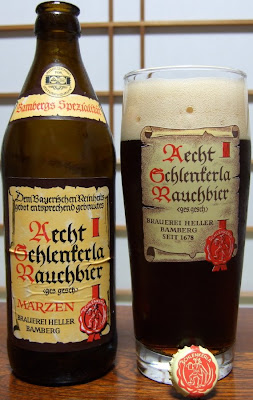 A very good exmaple of a meaty smoked lager.
7/10 and a veritable meal in a glass.
Try drinking this beast of a beer without making the sound "GRRRR!!!"

I thought the best thing to eat with this would be sausages. 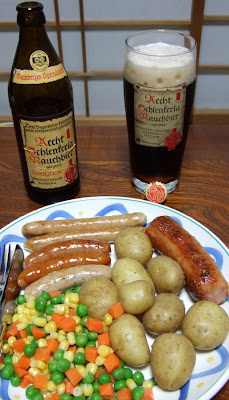 The sausages were mixed and very good. The potatoes were lovely too.

After this, I opened the Echigo 90 day stout I still had left over from my 3rd day Oktoberfest binge-from-a-cooler-bag. 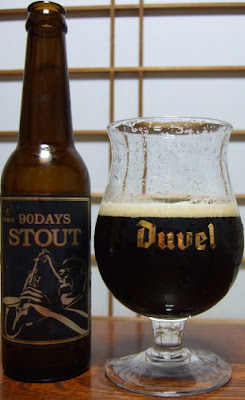 Who knows, maybe there will be a bit of ass slapping? 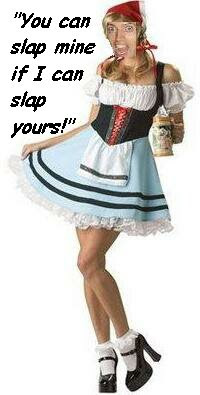