It's hard to know what to believe.  I've read so many conflicting 'news reports'.

Everybody knows who I'm talking about, so I won't say his name.
Love him or hate him, is he really gone?

How can we be sure?

The world seems to be monitoring all and every broadcast in North Korea, hoping they will somehow provide us with answers.

Here are a few snapshots possibly taken from the North Korean media, although it's hard to know if it's all just some kind of crazy propoganda story, meant to scare the West:

The announcement went out early yesterday, on National TV: 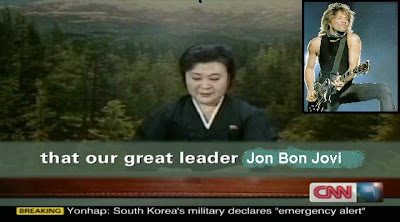 People in the street seemed shocked at the news: 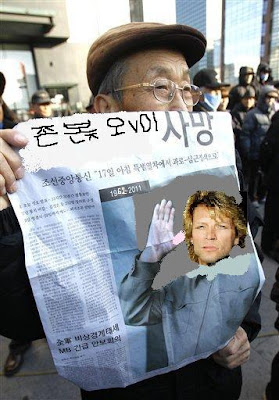 Thousands immediately made their way to National Monuments, to mourn the passing of this inspirational, highly influential character. 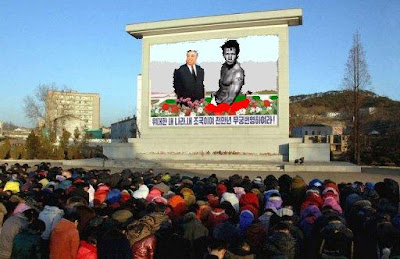 A huge rally has been held, seemingly to 'celebrate his greatness'. 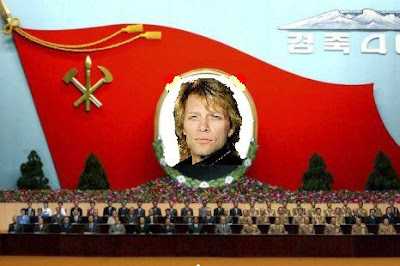 Make of this what you will. I've heard conflicting reports on all this.
It's not easy to make sense of it all.

I must say, I'm still very much confused.