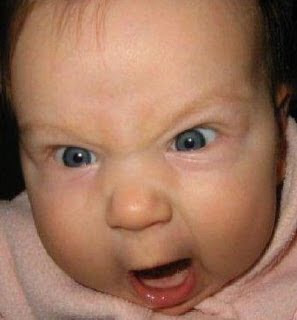 This was how I was greeted, one time last year, as soon as I walked into Maltan bar in Kanda, Tokyo.
A largish group of Japanese beer lovers were gathered at the bar with the owner and saw me and suddenly got into a group huddle, then they all turned in unison and shouted at me
"Bakayaro!!!!"

In Japanese, this means something like "You f*cking idiot!" or "Motherf*cker!".

Dumb butt! Always, ALWAYS you are drinking until it's late. Then this morning it's already past ten o'clock and because you didn't get up, shouldn't they fire you at work.

Well, I didn't know quite how to react.
WTF have I done, now?
I must have met them before and done something terrible, whilst drunk - not again!
I almost pleaded with them "I'm sorry, I swear your sisters/daughters told me they were 18 and I never knew the other woman was your wife and I'm sure with a little effort, those stains will come out of those curtains & ok, I'll buy you another flat scren TV!", but it was then that I realised - they think I'm Chris Poel.

I've been confused with another person before.
A certain bar owner had for a long time been more than little cold with me and I found out later from a similar looking 'friend' that it was he who in fact had walked in on said bar owner's wife, whilst she was in full flow, in an unlocked toilet. That helps to explain why said bar owner insists that I 'scared' his wife.

Chris Poel is famous for being a home brewing champion and for making some excellent beer and being an all round great guy to get to know.
I am notorious for being the weird guy who sits by himself, taking pictures of his beers and drinking like a thirsty camel with a hole in its stomach.
Well, two plus two equalled twelfty and they assumed I was he, the Bakayaro creator himself.
Bakayaro is the creation of Chris Pole and he made his 'ode to he Stone Arrogant Bastard, American strong ale' at Baird Beer.
It was that very beer that had just won the Japanese Beer award for best beer (I think Bryan Baird came in second, interestingly enough!), so it wasn't too difficult to work out why they shouted out what they did.

In hindsight, I should have just winged it and grabbed a few congratualatory free pints then mention that there was a problem batch with Baird beer and I am there to recall all the barrels and then proceed to do that at every bar in Tokyo.
Damn you, hindsight!!!

Well, Bakayaro (IBU's: 90, Alcohol Percentage: 8% OG 1.080, double dry-hopped with Centennial) is being released to day, starting at the Harajuku Taproom, from 5pm.
Chris Pole himself will be tapping the first keg and will be in the Harajuku Taprom until around 8:30pm or so.

Here's a good interview of Chris, from the Good Beer Country Boys, after he won best beer at the Real Ale Festival.

Later on, he'll be at the Naka Meguro Taproom, along with Bryan Baird and Sayuri Baird, to send off Yokota-chan, who is the current manager and will be moving back to his native Shizuoka to start his own business.

I'll be the in in the Harajuku Taproom around 5, with an eyepatch and a cork on his thumb - just in case (long story, that has tended to repeat itself).
I'll also be looking weird, sitting by myself and be taking pictures of my beer.